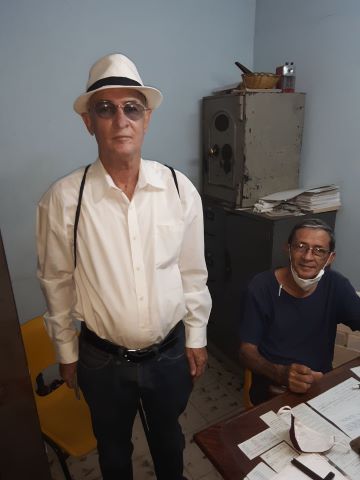 Robert has been put on house arrest after speaking out against the Cuban government's hostile treatment of Christians.

Robert is a Christian and independent news reporter who has spoken out against the Communist government’s treatment of Christians in Cuba. Because of his bold witness, government officials beat him and imprisoned him for a year. They also confiscated his phone, computer and other possessions related to his livelihood. Robert has been released from jail but is currently under house arrest and expects further hostile treatment from the government. Pray that Robert’s witness for Christ will draw others into closer fellowship with Him, and pray his tools are returned to him.

Click here to find out about Christian persecution in Cuba and learn how to pray.

Write your own prayer for Robert