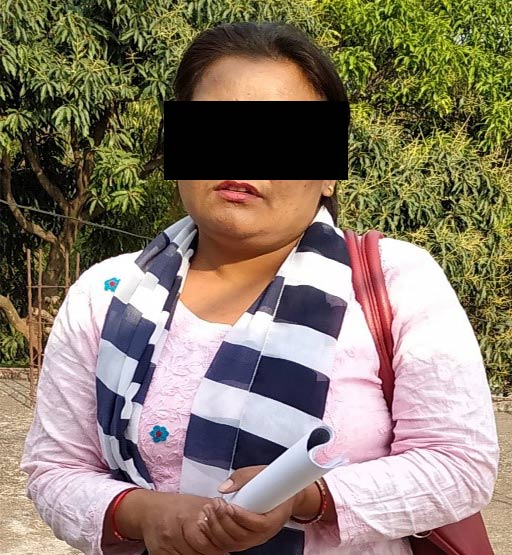 Mamta was beaten so badly by her husband that she lost her vision.

After Mamta became a Christian, in 2010, she was fired from her job, and her husband demanded that she renounce her faith and stop going to church. But Mamta could not abandon Jesus Christ. Then, one day, her husband beat her so badly that she lost vision in her right eye. When he later left her and remarried, Mamta and her son moved in with her Hindu parents. They blame Mamta for not obeying her husband, and they won’t allow her to take her son to church. Instead, they are raising him as a Hindu. Mamta wants to live on her own so she can teach her son about Jesus. Pray that her parents will come to know Christ, and pray for the Holy Spirit’s work in her son’s life as well. Pray for Mamta’s spiritual growth. 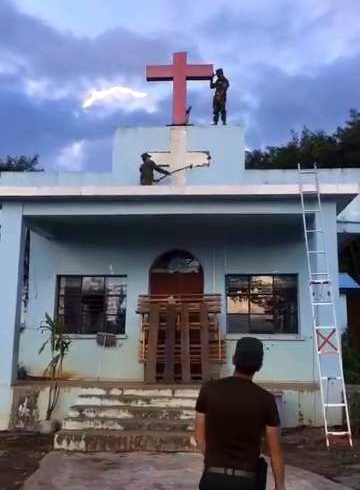 The Wa Army destroyed churches in the region in 2018.

A high-ranking army official was among three soldiers arrested for celebrating Christmas. Denpo knew that his employer, the United Wa State Army, had arrested many Christians, but he was determined to share the joy of Jesus’ birth with others at Christmas. He decorated his house and arranged to celebrate Christmas on Dec. 26, 2019, with two other soldiers under his command. In the middle of their worship service, some soldiers came in and arrested the three men. The two lower-ranking soldiers were held for two days before being released and fired from their positions, while Denpo remains in detention. “He is a strong believer, fearless in all matters of his faith and belief,” a VOM worker said. Denpo is a father of six, and the other two men also have families. Pray for all three families involved, and pray that Denpo will be a strong witness for the Lord while he is in prison. 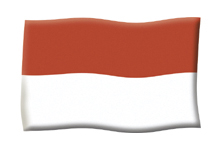 A mayor in Tanjung Pinang revoked the building permit of the Indonesia Bethel Church (GBI) just days before Christmas. On Monday, Dec. 23, 2019, a group of police and city officials removed the building-permit placard from church property. Local reports stated that the church, located in the Indonesian islands just south of Singapore, had violated permitting rules, but church leaders dispute the claim. The mayor who revoked the building permit had previously seemed supportive of the church, even attending its groundbreaking ceremony in 2008. In a Facebook post, the church’s pastor wrote an open letter to the mayor, promising to pray for him.